Addiction isn't just about cigarettes, drugs and alcohol...could you go one week without this?

It's not just about how bad the EMF radiation is from wireless tech..it's about how it's manipulating your thoughts, your desires, your actions...in fact your whole way of being.

Suppression of consciousness isn't just about suppressing the spirit and it's connection to the Divine, it's about suppressing free will...the ability to think for oneself, to act according to that beacon of goodness within, to do anything that is not within the confines of what is 'socially acceptable'.

Addiction has always been seen as something only weak people submit to...but this is the new and conceivably worst addiction.

Try a few hours, a day, a week without your phone, without your wifi and see if you're addicted. You'll be surprised at the result!
Posted by mermiesmusings at 19:35 No comments:

Is 5G already around you?

So I had my first experience of 5G as an EHS sufferer...in Manchester UK.

I only just confirmed it online but while I was there I just knew. In the taxi on the way from MCR airport I turned on my smog meter and as we flew up the M60 towards Whitefield it was spiking intermittently to 12.0 vm2...at home in my sanctuary in France it's 0.01!

12 is roughly what a dect phone gives out and I can't be in a room with one of those without an immediate sense of anxiety and palpitations and a tightening in my forehead. It's taken me almost a month to get back to the wonderful state of peace and energy I'd been working on before I left with the help of Reiki, yoga and Qi-Gonj and I was extremely sick for two days when I came home and managed to rebalance my energy. Certainly some of the sickness was related to the rebalance.

If you're in the UK check this site to find out of 5g is around you:
https://ee.co.uk/why-ee/mobile-coverage?CTTag=CT_Ser_LocationPage_LaunchCities_CoverageChecker_Q1_2019#nav-0
1

Posted by mermiesmusings at 08:05 No comments: 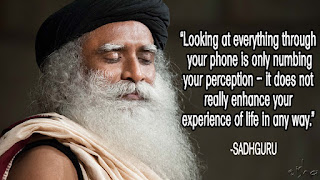 Are you lowering your ability to experience 'LIFE'? This man is incredible..such clarity of thought and such a wonderful simplistic way of explaining his knowledge for the layman to understand!

International Appeal - Stop 5G on Earth and from space! 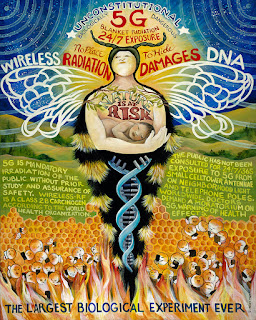 I appreciate that most people are addicted to the convenience of today's technology. I agree that the net and email have increased our ability to connect and learn in a way not possible before. It doesn't need to be discarded, just used wisely - and there's nothing smart about 5G nor all things wireless especially in terms of the health, well-being and consciousness of ALL life on the planet. It's time to put on the brakes before we crash!

Elon Musk’s company, SpaceX, plans to launch 12,000 satellites to supply 5G globally from space. The first 60 satellites were launched on May 23, 2019 from Cape Canaveral, Florida. The second set of 60 satellites are scheduled to be launched on November 17; the third set of 60 satellites on December 4. As soon as 420 satellites are launched, SpaceX plans to begin providing global 5G service to a limited number of customers. This must not happen. The activation of 5G satellites in space threatens catastrophic effects, as early as this coming spring — not from the direct radiation, but from the alteration of the Earth’s electromagnetic environment, upon which everyone depends for their life and health. Details are in this article: Planetary Emergency.

Posted by mermiesmusings at 23:26 No comments: 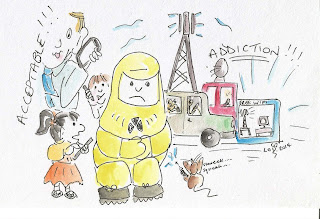 So, I just returned from my annual visit to the UK to celebrate Gran’s 96th birthday, bless her. Travelling with EHS is NOT fun at the best of times and I’m wondering how much longer I can continue to visit family. There’s now wifi on all trains from Clermont-Ferrand to Paris, wifi in all cafes, wifi in the airport and almost everyone has a smart phone streaming senseless facebook/twitter/instagram posts, emails and constant texts...oh, and those that MUST video call. For those not addicted or attached to the technology it’s becoming more and more like walking in zombie land.

Having recently begun concentrating on energy work (Reiki) and Hatha Yoga I did find that this helped enormously to keep myself somewhat ‘grounded’ and I must admit I didn’t feel quite so ill because of it...BUT, being submerged in the toxic radiation and such a heavy mental atmosphere did make it harder to get into the zone.

What disturbed me the most was something I discovered in the taxi I took from the airport to Gran’s. I decided to turn on my cornet electro-smog meter just to check what was what along the route...and the findings were astounding! Usually, since the introduction of 4G, the readings along a motorway and in towns/cities range from 0.2500 vm2 to 1.4 vm2 (ish). Bear in mind that at home in my little sanctuary in the French countryside 6km away from the nearest cell tower and with no immediate neighbours is 0.0147 (that’s baseline low for my meter apparently and is almost zero). Well, I was shocked to see my meter spiking at 10.0 and even up to 12.0 vm2 at regular intervals en route from Manchester airport and even through Whitefield town centre! I felt like I was being zapped by a machine gun! I’m pretty sure no-one is aware of this unless they regularly measure as I do and of course you can’t see this radiation. From experience this kind of measurement is what emits from a cordless (DECT) phone, something I can’t be near for even a minute without starting to feel stress in my head and chest.

I don’t know exactly what was causing this noxious toxic soup but I suspect it’s all the fancy equipment monitoring the evolving ‘SMART’ motorways and connecting with the integrated tech in the newer vehicles. Not very smart if you ask me! I’ll stick with my ancient Renault Super 5 with no electronics for as long as she deems me worthy of her carriage. I don’t know what will happen after that because I can’t even stand to be in the new vehicles for long due to the radiant dirty electricity emanating from all the fancy electronics installed for lazy driving (GPS, reversing camera etc.)

Ending on a positive note, Gran is absolutely fabulous at 96 and though her body could do with an overhaul her brain certainly does not! A tribute to a life begun when there was no electricity in the house and when a letter or a public phone box was the only means of communication...and she’s never so much as touched a mobile phone or a laptop!

Stay safe and be aware...much love and light
Louise (aka Mermie)
Posted by mermiesmusings at 22:32 No comments: 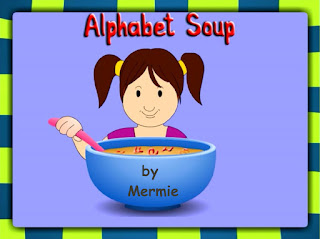 My Alphabet Soup video has receivied more than 30,000 views! You can buy the accompanying picture book here:

And if you've not yet seen the video, watch it here - you and the kids are sure to love it :)

Much love
Louise (aka Mermie)
Posted by mermiesmusings at 00:40 No comments:


Posted by mermiesmusings at 00:47 No comments: